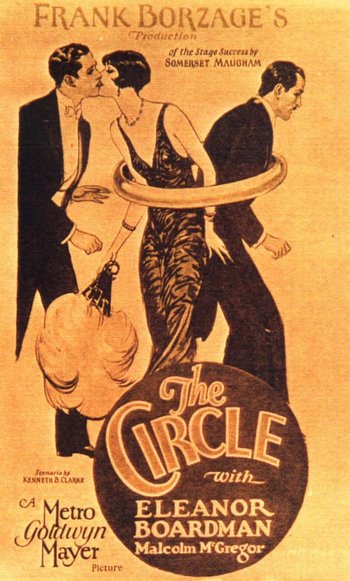 The Circle is a 1925 film directed by Frank Borzage, starring Eleanor Boardman (The Crowd).

Back in the 1890s, stuffy Lord Clive Cheney is married to Catherine, but Catherine has fallen under the spell of family friend Lord Hugh Porteous. Catherine casts her family aside, running away with Hugh, abandoning not only Clive but their toddler son Arnold.

A 20-year-old MGM starlet named Lucille LeSueur appears briefly in the opening scene as young Catherine. Soon after, MGM staged a nationwide contest to give the young actress a new stage name, and she was eventually christened Joan Crawford.