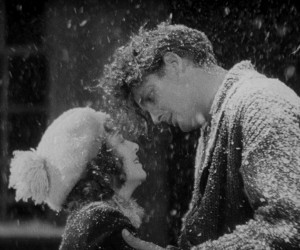 Lucky Star is a 1929 silent film, a romance drama directed by Frank Borzage.

Featuring the star duo of Janet Gaynor (as Mary) and Charles Farrell (as Tim), it tells a story of love between a young farm girl and a wheelchair-bound World War I veteran. While they are happy together, Mary's mother doesn't want her to marry a "cripple". Especially since another veteran is also after her - Wrenn, a handsome womanizer who went after her just to spite Tim.

Third of 12 films co-starring Gaynor and Farrell. Not to be confused with the 1950s series The Complete Adventures of Lucky Starr, the 2003 manga Lucky Star, or a 1983 song by Madonna.