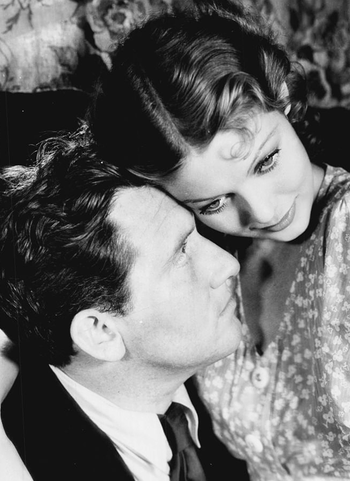 It’s the The Great Depression: Trina (Young) is so hungry that she jealously eyes Bill (Tracy) as he feeds pigeons popcorn. Taking pity on her, he takes her out to eat, but it turns out he can’t pay either. Bill is a hobo by choice, and he invites her to live in his current shantytown. After a few weeks, Trina has made a little home for the two of them while Bill chaffs at the idea of commitment as his drifter habits get the best of him.

This work shows the following tropes: