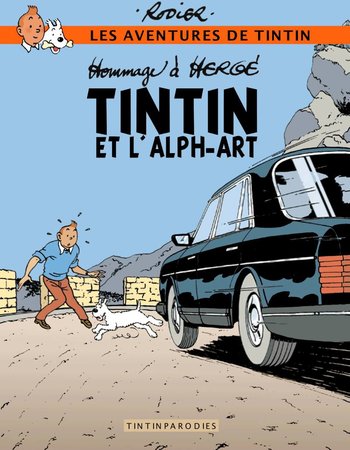 Because Hergé died before completing his last Tintin story, Tintin and Alph-Art, several fan artists have attempted to complete the story in the years since. One such attempt, and perhaps the best-known, is that by Canadian comic book artist Yves Rodier.

Tintin and Alph-Art provides examples of: