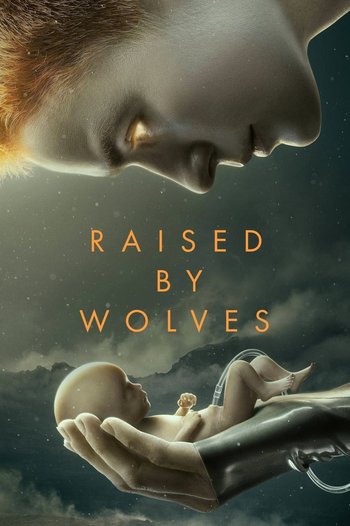 Raised by Wolves is an American Science Fiction drama series created by Aaron Guzikowski. The first two episodes were directed by Ridley Scott, who also serves as an executive producer for the show. It premiered on HBO Max on September 3, 2020.

The story centers around two androids, Father and Mother, who are tasked with raising human children on the extrasolar planet Kepler-22b after the Earth was destroyed by a great war. As the burgeoning colony of humans threatens to be torn apart by religious differences, the androids learn that controlling the beliefs of humans is a treacherous and difficult task.

Season 2 premiered on February 3, 2022. On June 4 of that year, Warner Bros. Discovery cancelled the series.

For the unrelated British sitcom, see Raised by Wolves (2013).