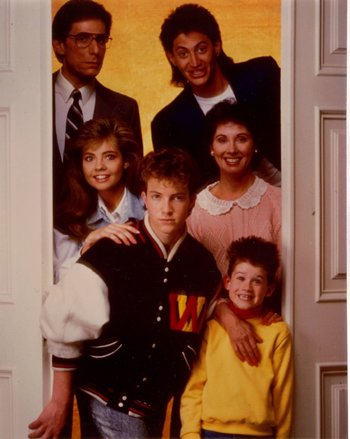 The New Adventures of Beans Baxter is an adventure/comedy television series that originally ran between 1987 and 1988 on the Fox television network.

The show revolves around the spy activities of Benjamin "Beans" Baxter Jr., a Kansas teenager who just moved with his parents and younger brother to Washington, D.C., as part of his father's reassignment as (Beans assumed) an employee of the US Postal Service. Beans witnesses his father's (presumed) assassination via a bomb placed in his postal vehicle, then gets hired by the mysterious "Number Two", an agent/second-in-command of The Network, a secret spy agency.

The main nemesis of The Network is the evil organization UGLI (the Underground Government Liberation Intergroup), headed by the equally evil Mr Sue (played by Kurtwood Smith).

Beans has many adventures while his mother remains completely oblivious. Beans' ultimate goal is to find his kidnapped father who is being held by enemy agents.

The New Adventures of Beans Baxter contains examples of: