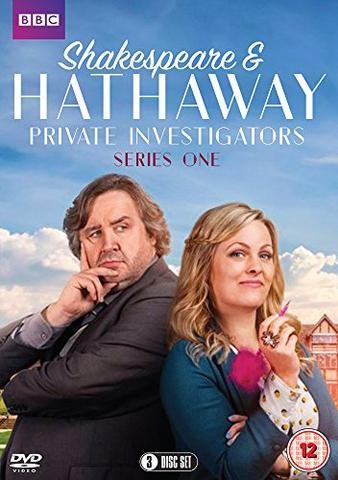 Ex-Detective Inspector Francis "Frank" Hathaway, now a debt-laden private investigator, meets Luella Shakespeare when she employs him to investigate the fiancé she met online. Hathaway and his assistant, RADA-trained struggling actor Sebastian Brudenell, discover that her fiancé is a con-man, and report back to Luella, but she is reassured by her fiancé and the wedding goes ahead. When her new husband is killed at the reception, Luella is suspected of murder by local Detective Inspector Christina Marlowe who had been Frank's junior. Luella is thrown together with Frank and Sebastian to crack the mystery of what has happened, and after her name is cleared she uses her recovered savings to buy into Frank’s business.