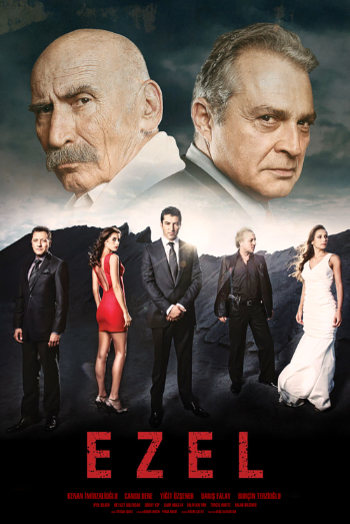 Ömer Uçar is an idealistic young man with a full life ahead of him. Fresh out of military service, he returns to his family and friends in Istanbul in high spirits, with plans to propose to his beloved, Eyşan. His happiness is cut short when he is framed for a robbery-gone-wrong that results in the death of a security guard — a job carried out by none other than his best friends, Cengiz and Ali, and new fiancée Eyşan. His fate sealed by planted evidence and Eyşan's false testimony, Ömer is sentenced to life in prison.

During his imprisonment, Ömer is taken under the wing of Ramiz Karaeski, a powerful ex-kingpin who tutors him on a diversity of subjects. Under the guidance of his new mentor, Ömer slowly pieces together the circumstances behind his arrest and begins to plot revenge against his former friends. When a riot engulfs the prison, Ramiz takes advantage of the chaos by helping Ömer fake his death, allowing him to escape under a new identity. With this new chapter, Ramiz must bid farewell to his charge, but not before providing him the keys to an exorbiant fortune.

Twelve years after his arrest, Ömer re-enters the lives of his former friends as the wealthy Ezel Bayraktar, a handsome, sophisticated stranger with a past shrouded in mystery. In the meantime, Cengiz has married Eyşan and risen as a powerful casino magnate, building his fortune upon the crime for which Ömer was framed, while Ali serves as his right-hand man and head of security. Ingratiating himself as an enterprising high roller, Ezel sets in motion an elaborate plan to pitilessly exact revenge against those who wronged him.

However, exacting the perfect revenge is harder than it seems. Ezel struggles deeply with abandoning his old identity and is confronted with the moral repercussions of his actions, which hurt innocent people caught in the crossfire.

Premiering in 2009, the series is an inspired Setting Update of Alexandre Dumas' The Count of Monte Cristo, swapping out nineteenth-century France for modern-day Turkey.

Now has a Character Sheet in progress; character-specific tropes should be listed there.