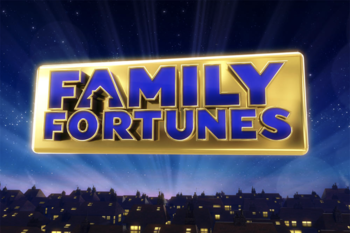 The British version of the popular American Game Show Family Feud. It is very similar in format to the American version, and almost as long-lasting. It was re-named because Bob Monkhouse thought that "feud" sounded too aggressive.
Advertisement:

It was originally presented by Bob Monkhouse from 1980-83, when Max Bygraves took over. After taking a hiatus in 1986, the show returned in June 1987 and gained its most famous host, Les Dennis, who would host until it ended in 2002. Andy Collins hosted a short-lived daytime version in 2002 as well, whilst Vernon Kay hosted the Celebrity Edition between 2006 and 2015. The civilian version was revived in 2020 (although beginning with some celebrity shows because of COVID-19), this time with Gino D'Acampo hosting.

, where a contestant gave "Turkey" for three consecutive answers in the show's equivalent of Fast Money.