Infested is a 2011 live-action documentary series that airs on Animal Planet. 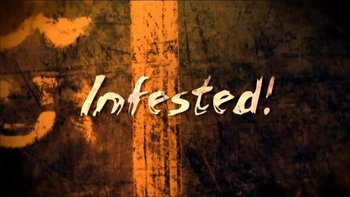 Each episode focuses on three different families as they share their horror stories about different infestations from various pest species (often insects and rodents, but bats have also been featured and a couple episodes featured infestations of snakes).