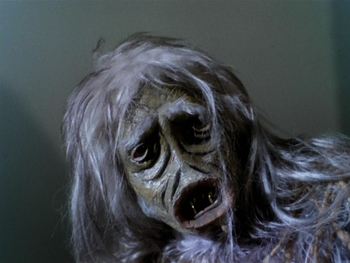 This...thing is from the first episode, by the way.
Advertisement:
open/close all folders
Season One

What Are Little Girls Made Of?

Dagger of the Mind

The Menagerie, Part I

The Conscience Of The King

A Taste of Armageddon

Wolf In The Fold

The Trouble with Tribbles

Day of the Dove

The Lights of Zetar

The Way to Eden

The Mark of Gideon