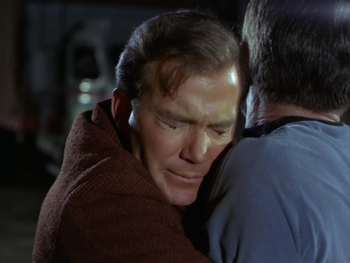 He knows, Doctor. He knows.
Advertisement:
open/close all folders
Season One
Charlie X

What Are Little Girls Made Of?

Dagger Of The Mind

The Menagerie, Part I

This Side of Paradise

Who Mourns for Adonis?

A Piece of the Action

And the Children Shall Lead

Spectre Of The Gun

Day Of The Dove

For The World Is Hollow And I Have Touched The Sky

Let That Be Your Last Battlefield

The Mark Of Gideon