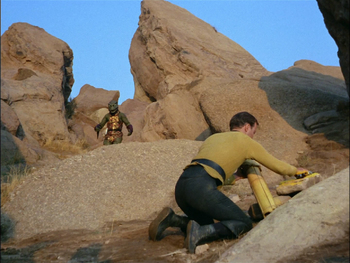 "The Mythbusters say this can't be done? Well, I'll show them!"

The Squire of Gothos

This Side of Paradise

A Taste of Armageddon

Wolf in the Fold

The Trouble With Tribbles

Let That Be Your Last Battlefield