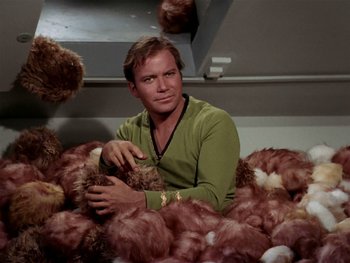 Someone's in a lot of tribble.
Advertisement:

2x15 – The Trouble with Tribbles

2x16 – The Gamesters of Triskelion

3x04 - And The Children Shall Lead