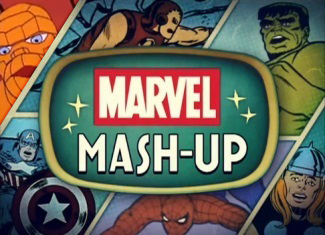 "You look at some of this old animation and go, well, that's a little bit odd looking. Why is Spider-Man on Doctor Doom's shoulders? Why does he seem to be hugging Green Goblin? And that's where you could just come up with ideas and have fun with it."
— Cort Lane, Vice President of Marvel Animation Development & Production
Advertisement: