Nightmare Fuel / Are You Afraid of the Dark? 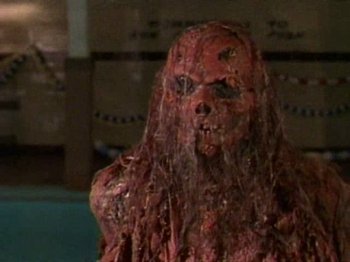 Wanna go for a swim?
"The episode that still haunts me to this day, and I mean this, was 'The Tale of the Dead Man's Float'. The one with, like, the zombie skeleton who would pull you down if you went swimming and drown you? I mean, that is—look at this! Look at this! They showed this to KIDS!"
— JonTron, talking about the same monster depicted in the page image
For a children's series that had to go light on the gore, Are You Afraid Of The Dark? had more than a few legitimate scares that hold up to this day.
Advertisement:

Please add only examples, not your own experiences. 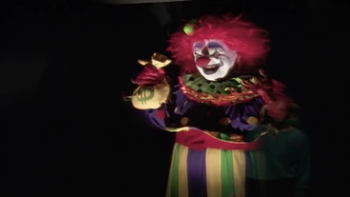 "Whaddaya think I am, some kinda clown?"
Season 2 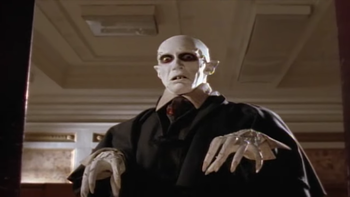 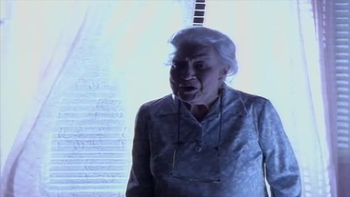 "WHY DID YOU BREAK YOUR PROMISE?!"
Season 4 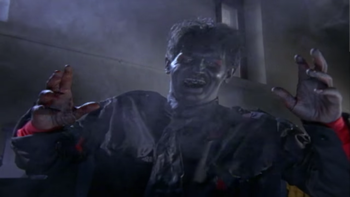 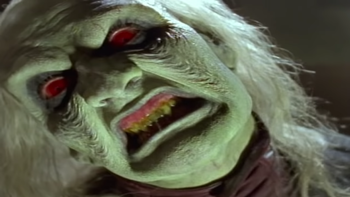 "It's been feeding on everybody!"
Advertisement:
Season 6 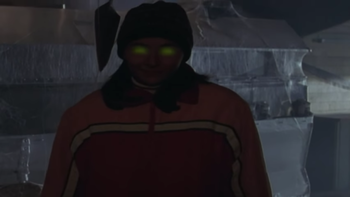 "There are bodies all over the lodge."
Season 7 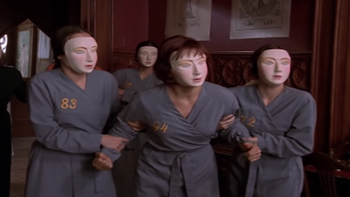 Curse of the Shadows