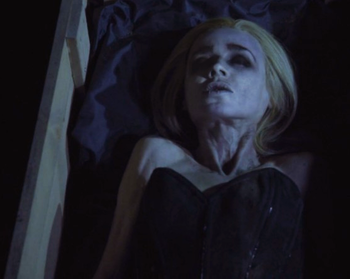 Advertisement:
open/close all folders
In general

Episode 1 - Starling City
The erasure of Earth-2. The audience and characters don't even get a glimpse of the Anti-Monitor, as he devours the universe. Only a bright red light and the vaporization of the doppelgängers of Moira, Tommy and everyone else on Earth-2, including Jesse Quick and Harry. The Crisis on Infinite Earths isn't coming, it's here.