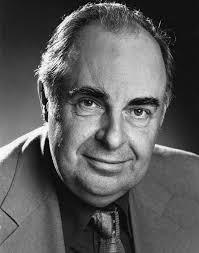 Nigel Kneale (1922 - 2006) was a popular and influential Manx screenwriter whose work had a lasting effect on television drama. Many of his works contain SF and horror elements, though he fiercely resisted being labelled as "a science fiction writer". (Considering some of the company his work would be keeping in the annals of TV sci-fi writing, one can understand his reluctance.)

His television works include:

His film screenplays include:

Him and children's author Judith Kerr (The Tiger Who Came to Tea) together made an unlikely Creator Couple.

Works by Nigel Kneale with their own trope pages: