Film / The Year of the Sex Olympics 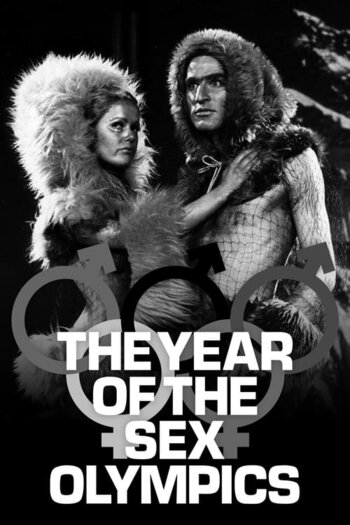 The Year of the Sex Olympics is a TV movie that first aired on BBC2 in 1968. It was written by Nigel Kneale, and stars Leonard Rossiter, Tony Vogel, Suzanne Neve and Brian Cox. Although shot in colour, only a black and white version survives.

It is set in a future where the majority of the population is kept passive with a diet of low-brow television programming, such as the Sex Olympics of the title. The main focus of the story, however, is The Live Life Show, a new reality program about a family sent to live on a remote island, and the consequences when one of the program executives decides to manufacture some extra drama.

In the 21st century, it has been praised by many commentators for its prescience about the rise of Reality TV and Lowest Common Denominator programming.

The Year of the Sex Olymics provides examples of: