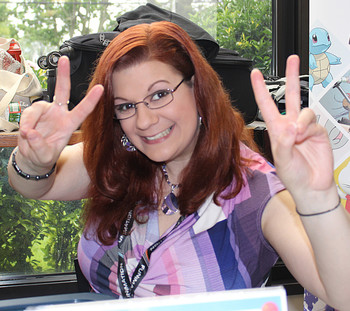 Michele Knotz (born October 27, 1976) is an American voice actress born in New Jersey. She works for New York-based studios such as TAJ Productions, DuArt and Goldcrest Post, but has also done work in Texas for Funimation.

She's best known for succeeding the roles of Jessie, Misty and May in Pokémon: The Series after the big VA switch in Season 9.