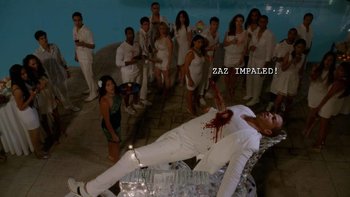 "On the bright side, Jane's Quinceanera was no longer the worst party she'd ever been to.."
Advertisement:

Even for a affectionate telenovela parody, Jane the Virgin has moments that are absolutely disturbing.

Please be aware that there are spoilers below: