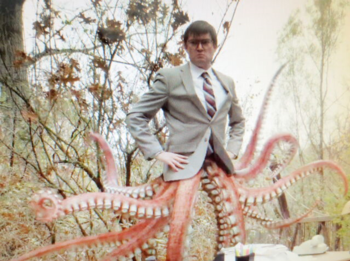 "Actually I do mind!"
Advertisement:

You'd think that a show like this, would be immune to Nightmare Fuel just because it's centered around kids, right? Wrong!