With a show centered around kids who fight oddness for a living, who would have guessed it would have sad moments? 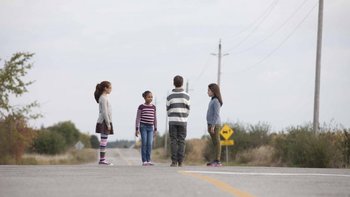 Four former Odd Squad members talking about how much they'll miss Odd Squad.note Another oddness-stopping organization known as Weird team proved to be more popular than Odd Squad thus putting these guys out of business.