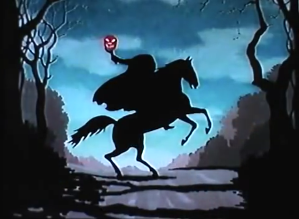 BEWARE of the Headless Horseman!
Advertisement:

For a company that is all about retelling famous children’s classics, there are many scary and disturbing moments in these stories due to the fact that most of these retellings are actually faithful to the original source materials.

open/close all folders
Storybook Classics
We All Have Tales
Advertisement:
American Heroes and Legends