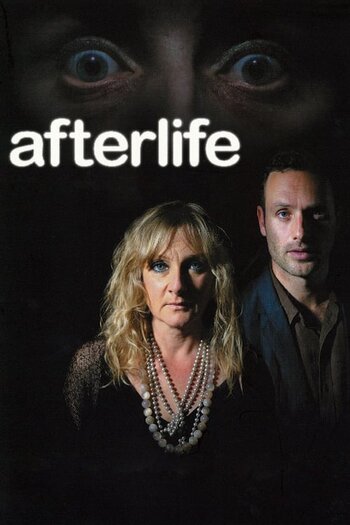 Afterlife is a British mystery drama series broadcast by ITV from 24 September 2005 to 11 November 2006. Set in Bristol, it follows university lecturer Robert Bridge (Andrew Lincoln), who becomes involved in a series of strange events surrounding medium Alison Mundy (Lesley Sharp). Think of it as being Britain's answer to Medium.

Not to be confused with the 2019 series starring Ricky Gervais.