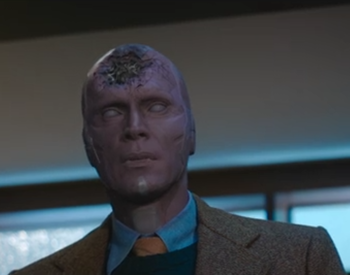 "My husband and his indestructible head."
Leave it to Marvel Studios, of all people, to make an old-time sitcom world like WandaVision seem terrifying!
Advertisement: