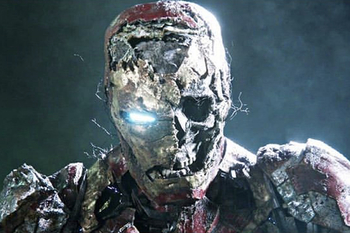 He is Iron Man... even in a twisted illusion of death.
As the last film of the Infinity Saga, it's only fitting for Spider-Man: Far From Home to cap it off with one more showcase of disturbing imagery.
Advertisement: