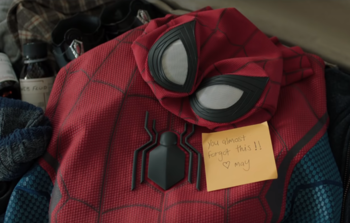 With Aunt May, superheroics never rest.
All Peter Parker wanted was to to get a nice summer trip away from the super-hero antics after all the emotional trauma that he has suffered. Yeah, good luck with that.