Moments pages are for post-viewing discussion; they assume you have already seen the work in question and as such are spoilers off. Please proceed with caution.

Spider-Man: Homecoming is one of those rare films that remind people why the eponymous webhead inspired Deadpool as the character he is today. Here's why: 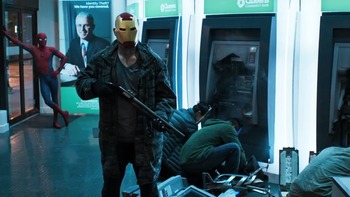 "Wait a minute... you guys aren't the real Avengers!"