Literature / The Travels of Marco Polo 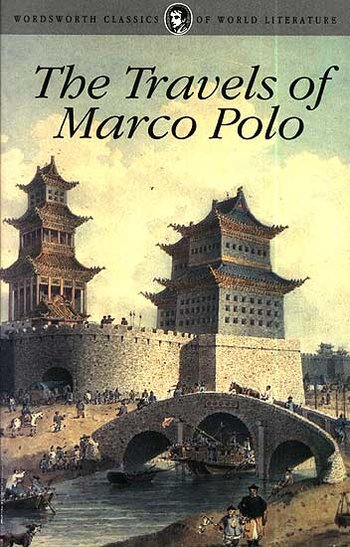 He was captured and apparently looked too rich for the Genoans to throw him overboard and waste a good ransom. In any case he was kept prisoner next to a professional storyteller and told his adventures to pass the time. This story was later published under the title Description of the World or Books of the Marvels of the World, but it has eventually become better known under its nickname Il Milione or, more simply, The Travels of Marco Polo. The Travels themselves are a surprisingly dull book but the idea of the story was so powerful that it became a classic, and Marco was nicknamed Il Millione for the "millions" of tales he brought back (or, perhaps, because of the large numbers Marco used to describe Chinese society).