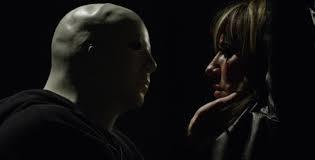 "They took her to the utility house, three of Zobelle's crew, and they gave her a message to deliver, stop selling guns.....They raped her."