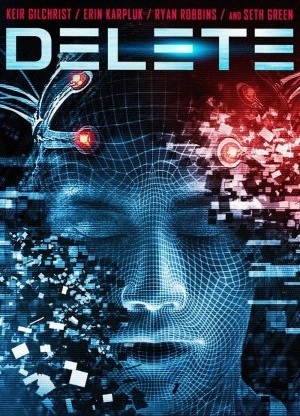 Delete is a two-part miniseries on the threat of an artificial intelligence, which aired in 2013. It starred Keir Gilchrist, Erin Karpluk, Ryan Robbins, Matt Frewer and Gil Bellows. Hacker Daniel (Gilchrist) and journalist Jesse (Karpluk) discover an artificial intelligence has emerged from the internet along with the government. It views humans as a threat, and then begins making attacks against us to protect itself. The pair struggle to stop it, even while the government ineffectively does too. The government's efforts, however, might be even worse than the AI attacks...