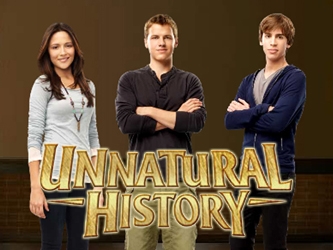 Part of Cartoon Network's attempt to combat Nickelodeon's live-action shows along with Tower Prep. A 2010 live action show on Cartoon Network about a globe-trotting teen named Henry Griffin who must now adjust to living in Washington, D.C.. and attend Smithson High School, which is connected to a museum. Along with his cousin Jasper and their schoolfriend Maggie, they solve history's mysteries. Unlike many of Cartoon Network's live-action series, it was reasonably well-received, but this unfortunately did not translate into high ratings—it only lasted one season and was cancelled due to low ratings.