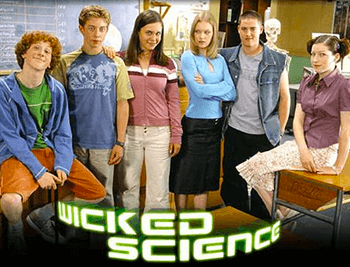 Wicked Science is an Australian television series, which debuted on July 2, 2004. The series focuses on Toby Johnson (played by André de Vanny) and Elizabeth Hawke (played by Bridget Neval), two teenagers who are accidentally turned into wizards of science by a freak-accident in a school laboratory. The series was originally run on Network Ten from 2004 to 2006, after which it then moved to Disney Channel. Wicked Science has also screened on ABC 1 and ABC 2.