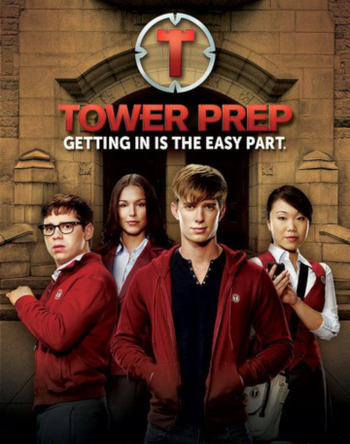 Tower Prep is the story of Ian Archer, a teenager who has an ability known as Preflex, which allows him to see things before they happen. He has a tendency to get into trouble at school and one day, after a fight with a bully which sees him suspended, he finds himself in a mysterious preparatory school that no one knows the whereabouts of and is surrounded by many secrets such as the creatures that guard the school's off limits areas in the night. He befriends CJ Ward, Gabe Forrest, and Suki Sato. Together, they try to escape the school while also trying to discover the secrets of Tower Prep.