Series / Towards The Republic 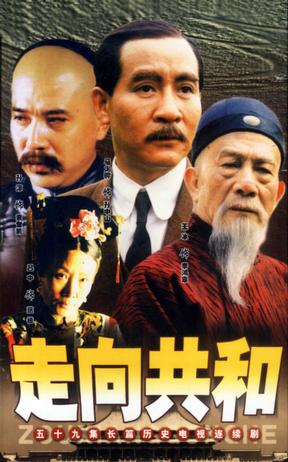 Towards The Republic a.k.a. For The Sake Of The Republic (original title 走向共和) is a historical Chinese TV series that first played on CCTV-1 in 2003. It is a somewhat dramatized depiction of the political events in China between 1890 and 1917, a period during which the Qing Dynasty collapsed and was replaced by a Republican regime.

The focus of the series is on the key political actors of the period, namely Dowager Empress Cixi, the Guangxu Emperor, Li Hongzhang, Yuan Shikai, Kang Youwei, Liang Qichao, and last but not least Sun Yat-sen. Surprisingly, Cixi and Yuan, which in official Chinese historiography tend to be dismissed as self-interested and corrupt, are portrayed in a fairly positive manner.

A detailed synopsis of the episodes can be found here