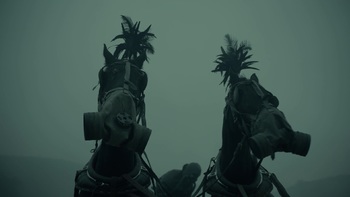 And as far as visuals go, this is the least creepy.

This season is titled Apocalypse for a good reason. In fact a lot of good reasons.