Beware of Spoilers! Several characters are inherently spoilers for after the first few episodes, so scroll at your own risk. 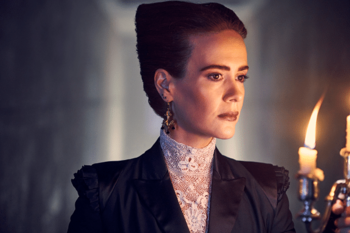 Played By: Sarah Paulson
"It's our world now, to remold as we see fit."

The person in charge of the Cooperative. She runs the shelter with an iron fist, and doesn't hesitate to hand out cruel punishments to rule-breakers. 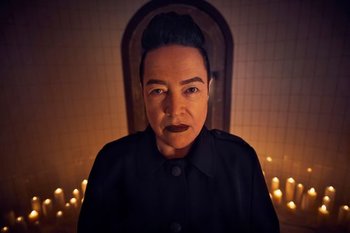 Wilhemina Venable's second in command at The Cooperative, and the one she most confides in.

She is actually an android created to serve Michael. She was created in the design of a Satanist old woman who cared for Michael during some of his early years. 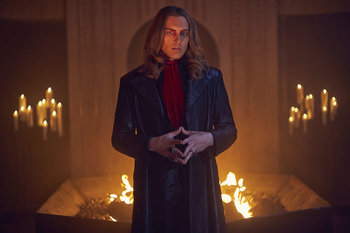 One of Vivien's newborns, fathered by Tate, as a result of his rape of Vivien. Survived the birth, unlike his mother and twin.

Played By: Erika Ervin
One of the guards at Outpost 3.
Advertisement: 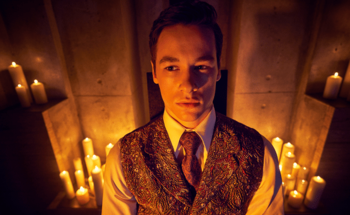 Played By: Kyle Allen
A young man who is taken from his family and forced to live at Outpost 3.
Emily Campbell 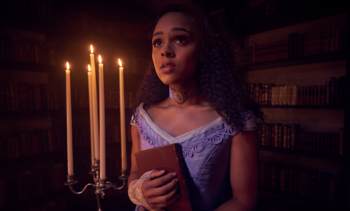 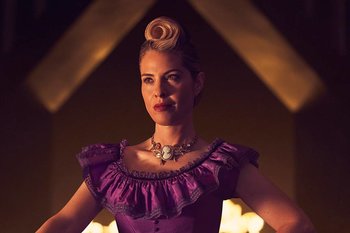 Played By: Leslie Grossman
A Rich Bitch who abuses Mallory as her assistant and lives at Outpost 3.
Mr. Gallant 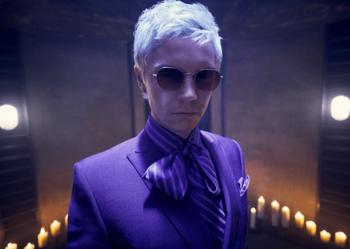 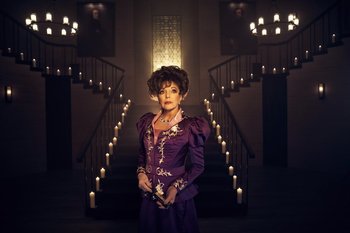 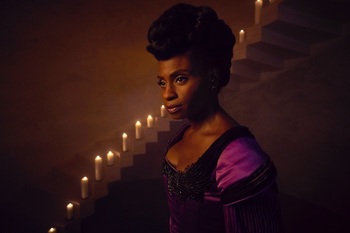 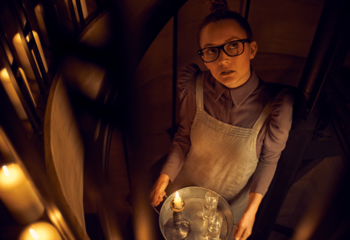 Sometimes, I feel like there’s someone buried inside me. Someone trying to claw their way out.
Played By: Billie Lourd
Coco's assistant.
Andre Stevens 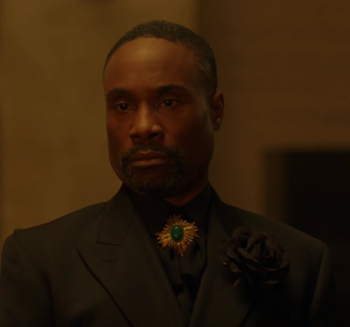 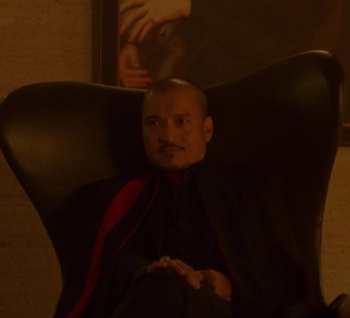 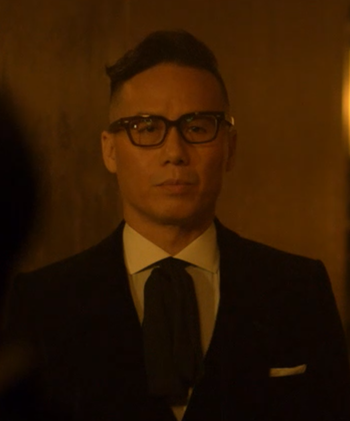 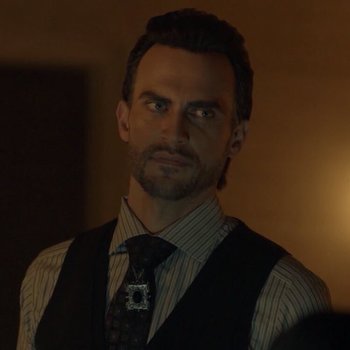 Played by: Kai Caster
A warlock. 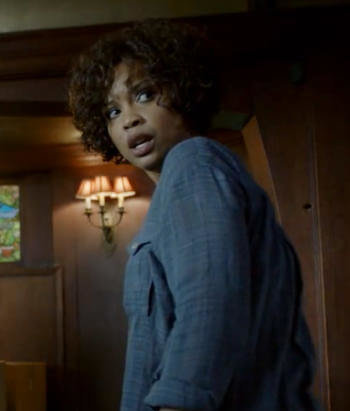 Honey, I don't feel right.
Played By: Stacy Highsmith
A woman who moves into the Murder House.
Elizabeth 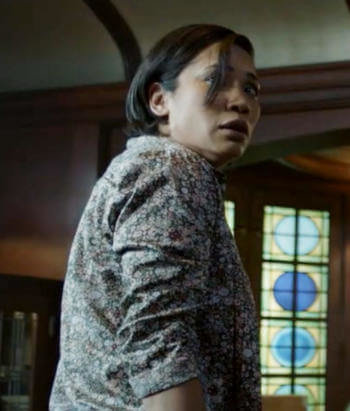 Played By: Jennifer Jalene
A woman who moves into the Murder House.
Ben Harmon

Played by: Raina Matheson
Constance's fourth child, a little girl's ghost in the Murder House with no eyes. 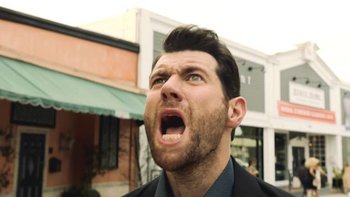 "Do NOT leave me in fucking Santa Monica!"
Played By: Billy Eichner
Coco's boyfriend.
Jeff and Mutt 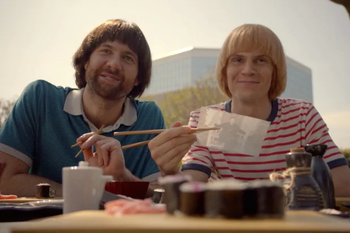 "The world is a raging clusterfuck. And we need to burn this motherfucker to the ground! Wipe the slate clean and start over. This time do it right."
Played By: Evan Peters (Jeff) | Billy Eichner (Mutt)
Two cocaine addicts with bowl cuts who are part of the Cooperative.
James Patrick March

Played by: Carlo Rota
The black pope of the Church of Satan.