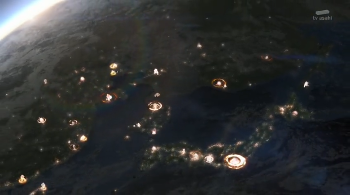 The first minute of the show.