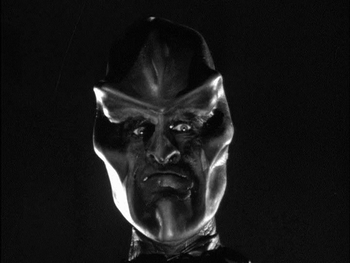 You would think all The Outer Limits (1963) dated costumes and special effects would look silly in the present day, but some of those monsters can still freeze your blood. It must have been the scariest thing on TV at its time.