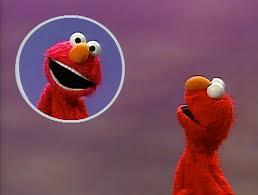 Seeing Elmo with teeth is only the tip of the iceberg.
Advertisement:

Sesame Street may be the only kids' show in history to be sold on DVDs (specifically, the "Old School" sets featuring classic episodes from 1969 to 1984) that actually warn you that they may not be appropriate for children. After watching some of the clips on this page, you'll probably see why. Can you tell me how to get, how to get to a child psychiatrist?!

This is so prevalent that there's a huge forum thread

on a Muppet forum over what sketches scared posters the most.

Note: It is recommended that your example has to have a link to a video in it, or at least an article. Examples with no external links (ex: https://youtu.be/EGWOUjfCj7Ial

) are in danger of being deleted.