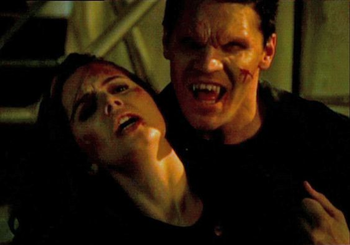 "I know what you're thinking. Maybe there's some good deep down inside of me that remembers and loves you, if only you could reach me. But then again, we have reality."