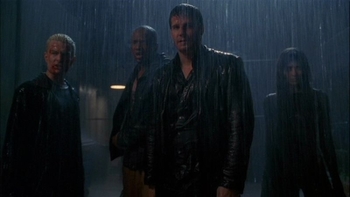 If nothing we do matters,
then all that matters is what we do.
Gunn: Okay, you take the thirty thousand on the left…
Illyria: You're fading. You'll last ten minutes at best.
Gunn: Then let's make 'em memorable.
Spike: And in terms of a plan?
Angel: We fight.
Spike: Bit more specific?
Angel: Well, personally, I kinda want to slay the dragon. Let's go to work.
— The final episode

As a Trope Overdosed work (and a Joss Whedon show, at that), Angel has had some of the coolest Crowning Moments of any show out there. 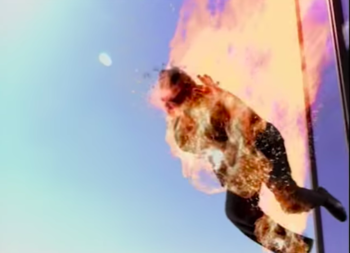 The first season had the titular character feeling lost and alone after the third season of Buffy. His girlfriend left him, he lost his home and all of his former friends allies acquaintances hate him after he turned evil and went on a rampage. So it stands to reason that a vampire hero with a troubled past and his band of ragtag misfits would have some awesome times fighting evil in the streets of Los Angeles. Here are some examples: 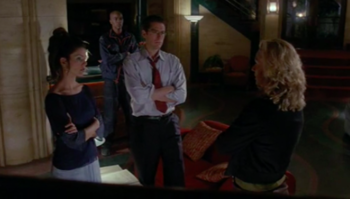 "You guys want to help yourselves out here or go down with the boss?" 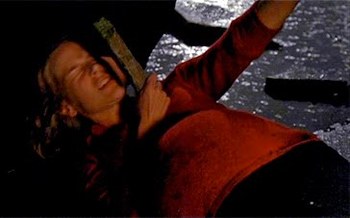 "This child, Angel, it's the one good thing we did together. The only good thing. You make sure to tell him that."

"The Price" (3x19)Connor gets one in his first appearance when a giant demon comes out of the portal to Quor-Toth. The gang are terrified, then Connor shows up, kills it with one blow, and stands before them, before delivering a true Wham Line: "Hi Dad". 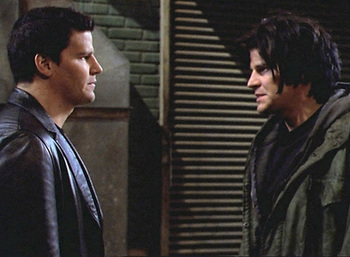 "I've been waiting a long time for this." 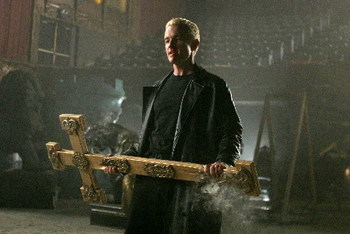 "Take a long look, hero. I am nothing like you."