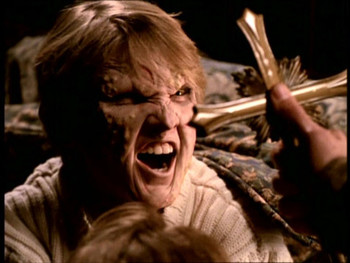 Angel must gain the trust of a family, one of whom is possessed by a demon.