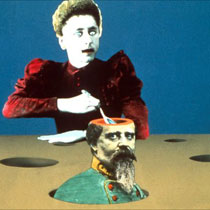 Even the studio audience was shocked seeing this scene...