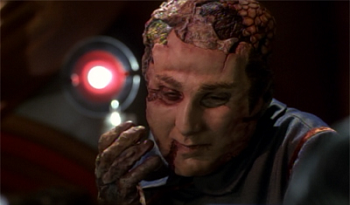 A freshly-pilfered face is the Vidiian's idea of A Form You Are Comfortable With.
Advertisement:
open/close all folders
Season 1
Season 2
Season 3
Season 4
Advertisement:
Season 5
Season 6
Season 7
Other/Unsorted