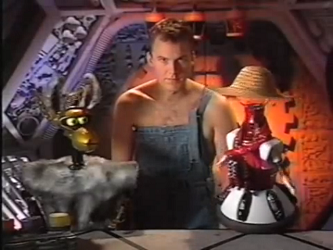 You people bring matches for Mikey?

Considering MST3K is the Trope Namer: