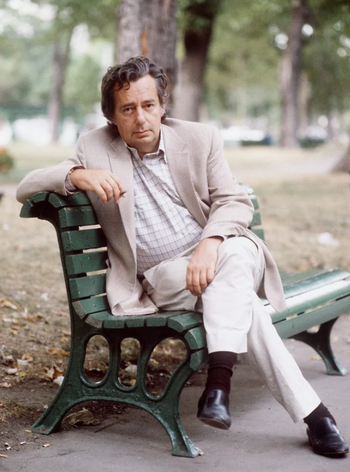 Mordecai Richler (January 27, 1931 - July 3, 2001) was a Canadian writer, best known for his stories of Montreal-born Jewish characters, often contrary, argumentative, and morally ambiguous. Although he's primarily remembered as one of Canada's literary bright lights, turning out books like Solomon Gursky Was Here and The Apprenticeship of Duddy Kravitz, he also wrote children's books like the Jacob Two-Two stories, essays and journalism giving his often crabby views on everything from Israel to Quebec, and even a book about pool. Several of his books have been turned into films, most recently Barney's Version.