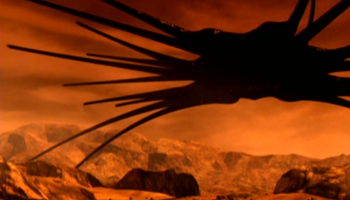 A spider, big as death and twice as ugly.
Advertisement: