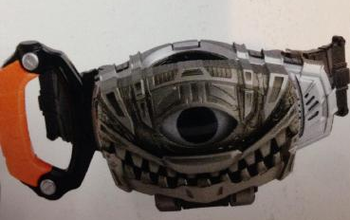 The normal driver without the cover